Robyn’s Nest Given Reason To Celebrate 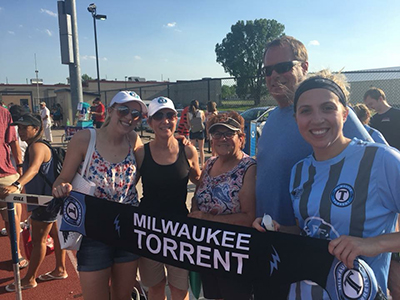 In their inaugural season, the Milwaukee Torrent has been collecting a lot of “Firsts” this season. First match, first goal, first win; well now they can add another very special first to the list. Torrent midfielder, Robyn Elliott has been named the WPSL Player of the Week in the Central Regions, North Conference for week 6. This accomplishment is the first time a Torrent woman has won such an award.

Elliott, a graduate from the University of Wisconsin-Oshkosh scored the team’s first ever hat trick last week in a 6-0 victory over the Dakota Fusion on June 16 at Hart Park. Elliott came on the field as a substitute in the 25 minute. It took her only 2 minutes before she netted the first of her three goals against the visiting club.

She would score her second goal in stoppage time of the first half on a ball that she chipped over the goalkeeper from about 10 yards out. She would later complete the hat trick with a goal in the 82 minute.

“I’m just so thrilled at how the night went and the support I received from my teammates, my family and the Torrent fans,” stated Elliott after the Torrent victory. 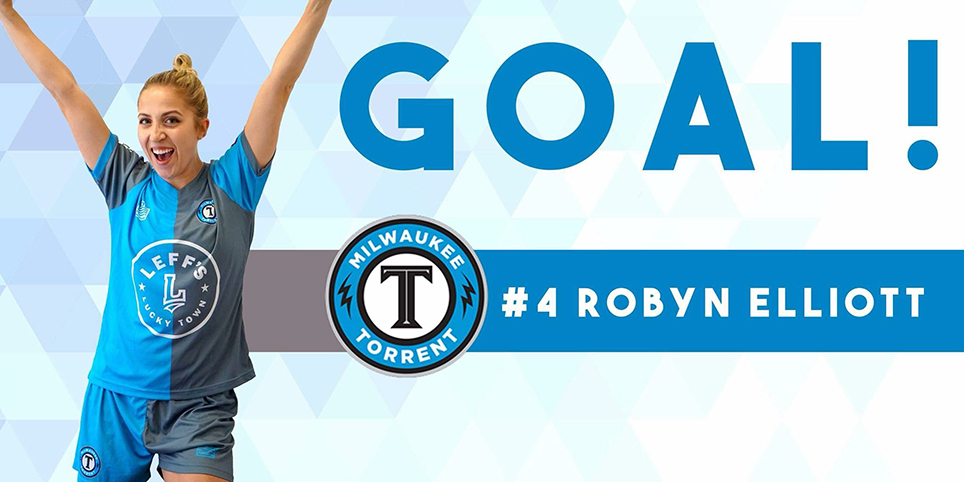