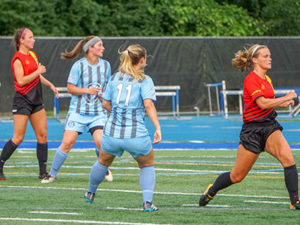 On a day when the kickoff temperature was well over 90 degrees, the Torrent women traveled to Minnesota to take on the Twin Stars. The Torrent would have double the trouble in their last road match of the season by having only 12 players available for the match. When the final whistle blew Milwaukee would extend their unbeaten streak to seven games with a 1-1 effort.

Milwaukee would start the match playing in a 4-1-4-1 formation; a switch from their traditional 4-4-2. The women would play well in the new look, confusing their opponent and disrupting their movements through the midfield. The women would generate a few early chances on the Twin Star defense, but were unable to get one past the goalkeeper.

In the 18 minute the Twin Stars would get on the score sheet first. It would begin with an intercepted pass in the midfield that was quickly transitioned up the right side of the Torrent flank. The ball was moved toward the middle before it was struck through the defense and into the net by the near post.

Milwaukee would change back to a more comfortable 4-4-2 shortly after the goal. They would spend the remainder of the half finding their way through the well defended midfield of Minnesota. The Torrent women would have a number of well created chances, but were unable to finish them before the halftime whistle blew. 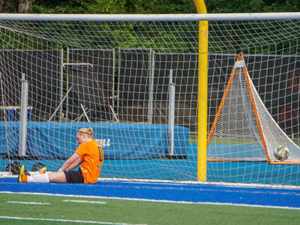 During the halftime break the Torrent spirit was high. Despite having only one available substitute, the women came out with confidence and a desire to even things up. Shortly after the second half began, Milwaukee would start to figure out the Twin Stars.

Leah Celarek would gain the equalizer for the Torrent with her left foot. The Torrent would turn the tables on Minnesota and play an errand pass into the middle of the pitch just above the box. Celarek would corral the pass, shack a defender and deliver an absolute strike past the Twin Star goalkeeper.

The Torrent, despite the heat and traveling with a short bench, would find a way through the final 20 minutes of the match. Jordyn Rolli would play the majority of the second half with an injured thigh. Goalkeeper Sara Klimisch would come on as a substitute to play up top alongside Aubrey Krahn. And in a 1-1 draw, the Torrent women showed the heart of champions.